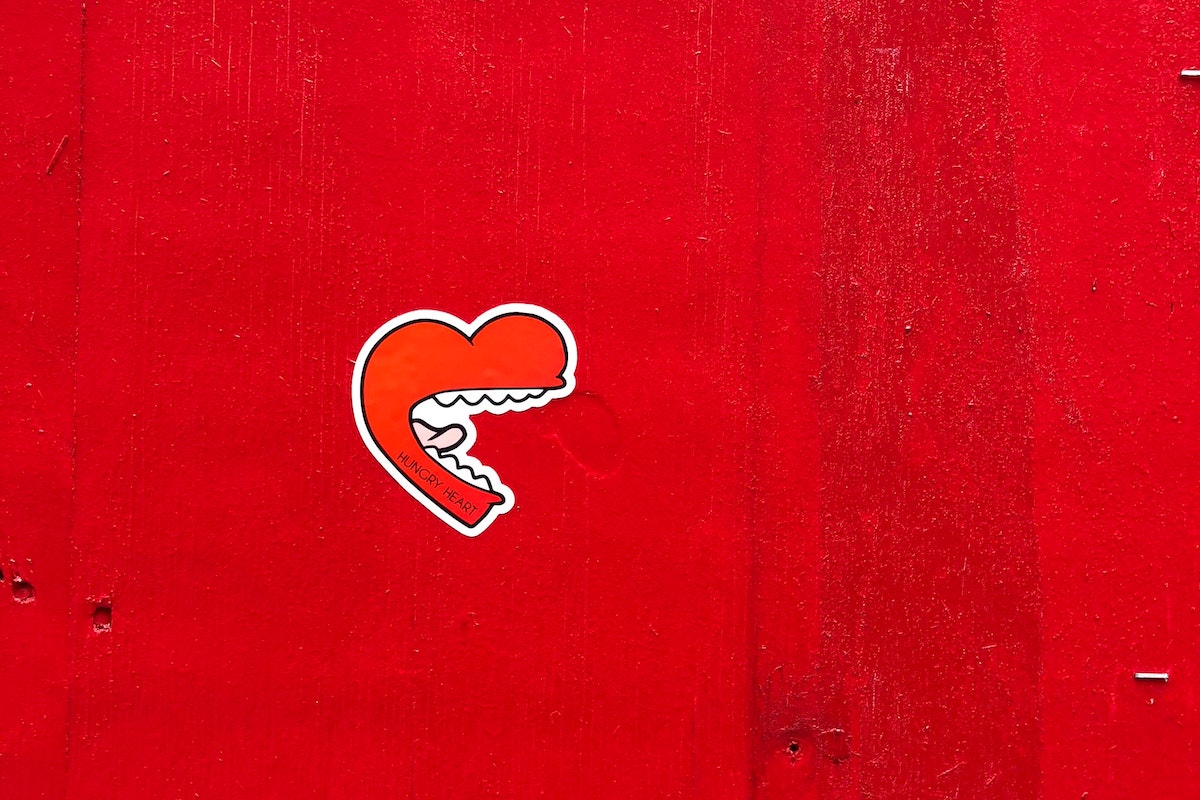 As a coach, I see the image that people can give to the outside world, and I also see the one that they keep for themselves. You might be the most authentic person to have ever lived, with the most close-knit community around you, and still keep things from them that you don’t feel like sharing. That’s why coaches and therapists are so incredibly important – you can unburden yourself by letting it out completely without fearing an impact on the relationships you have in your life.

This huge gap between who we are and who others think we are prompted me to write this post. If we don’t really know the people in our lives, imagine how little we know the people we have never met. Yet, we allow ourselves to judge them based on what we see. And the effect it has on our own emotional and mental well-being is tremendous.

Before getting into the dos and don’ts, I want to share with you a story that happened to me a few years ago and that radically opened my eyes to the quick and wrong judgement we can do despite having very little information on what’s really happening.

One evening I was taking a stroll by the sea with my boyfriend. It is more like a bay with a small island in the middle, which I would say is about 300 meters from the shore where we were walking. When the tide is low, you could almost walk there. So we were walking at dusk when we saw something moving in the water. It was big white Labrador swimming from the island. There was no one around. It was getting dark. The dog was clearly lost. She managed to come up on the sidewalk. She was very cold and wet, and quite agitated. She came towards us and when I tried to gently grab her to see the phone number on her collar, she freaked out and started running as fast as possible.

On that sidewalk two women were walking in our direction. They must have been quite scared of the dog running towards them (who wouldn’t be?). The dog passed them and continued running until we couldn’t see her anymore. But when these two women arrived at our level, they made a comment that I did not hear because I was too worried for the dog. My boyfriend told me when we got home that they were very annoyed, and made a reproachful remark that we should have put our dog on a leash.

That wasn’t our dog. So we didn’t have a leash. We were trying to help a lost animal get home safely.

Here is what happened:

And there you have it, the endless cycle of negative thoughts, emotions, and behaviours, started by a quick (and wrong) perception of a given situation. 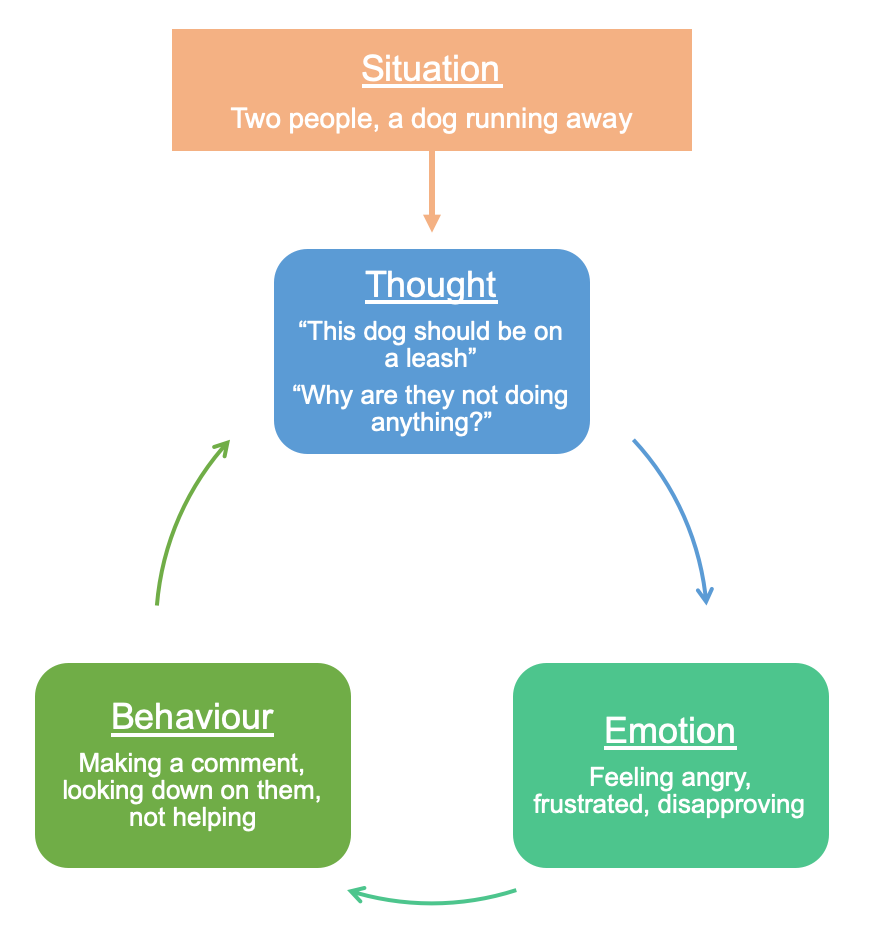 What could have happened if a less judgemental person had witnessed the situation? This kind of cycle: 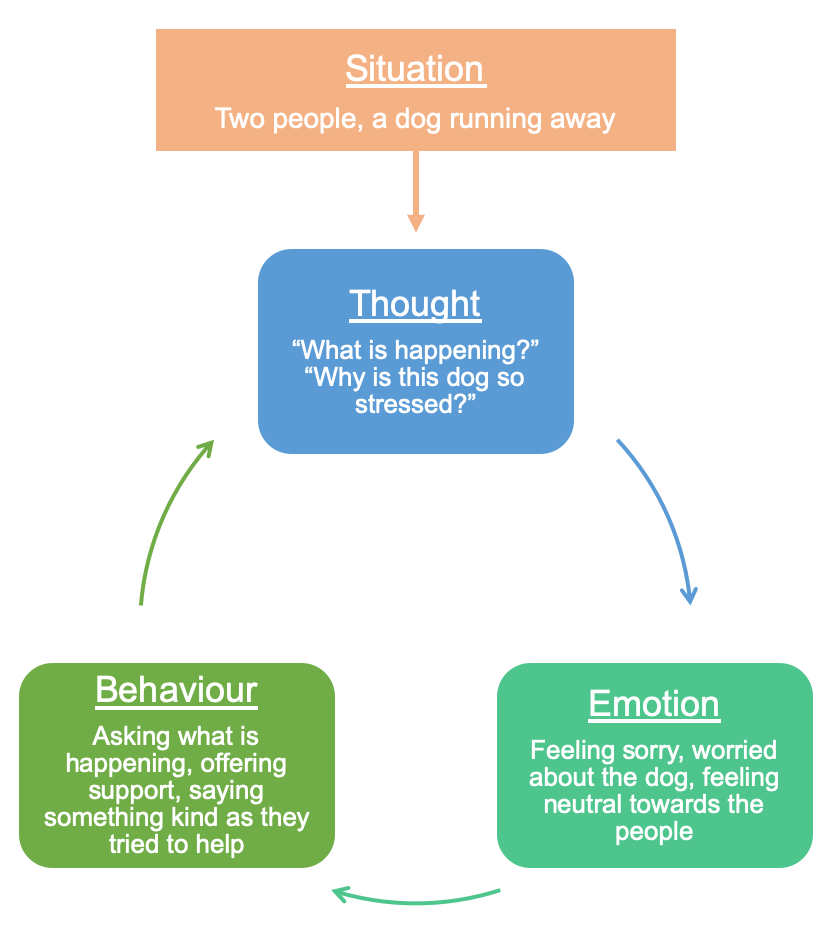 You can see how for the exact same situation, the way we are going to perceive it will dramatically change how we respond to it.

How to not judge (or judge less)

In this section I want to offer some tips I have learned with this experience, but also through the people I have coached over the years.

Always keep in mind that thoughts are not facts

We all perceive reality in a different way because that is how our mind works: we make shortcuts based on past experiences, on our opinions, values and personality traits. These shortcuts can be useful in common situations, but in others they can lead us to errors and mistakes.

We don’t always have all the information

We sometimes lack crucial information that would make us read a situation in a way that’s closer to reality, particularly if we witness the situation rather than being a participant. If you see someone doing something that you disapprove, remember that there are so many things you don’t know, including:

Check in with yourself

At any given time, when you feel like judgement is arising, or if you realised afterwards that you judged something or someone, do a mindful check-in to identify:

Then ask yourself: what facts am I not aware of? How else could I have perceived the situation? How would it have impacted my emotions and behaviours?

Don’t judge yourself too harshly

Judgement happens. We all do it. What most of us don’t do is managing it and trying to improve it. Be kind to yourself as you learn to judge less. It’s about changing thinking patterns, and like any habit, it takes time and patience to feel natural.

> Read More: How To Be More Compassionate