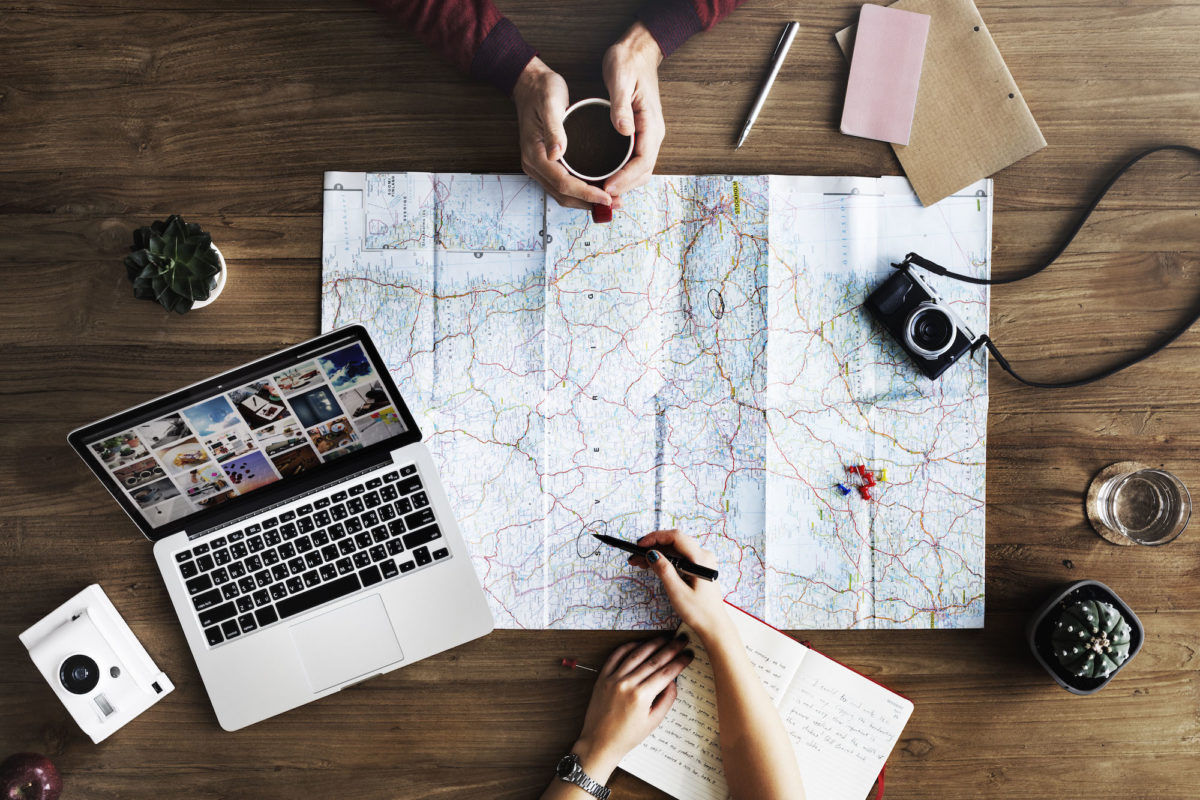 For a very long time, IQ was the only measure of intelligence that people paid attention to. Its standardised test on logical, spatial, and linguistic abilities determined who was intelligent, and who wasn’t. Education was wildly based on the approach that every child was a blank slate that you could fill with these intelligence-based abilities through learning.

The theory of Multiple Intelligences

Now imagine a child who is particularly smart at reading people. Or another child who is already knowledgeable on many different types or art. Their interpersonal, visual, and musical abilities wouldn’t fit the narrow frame of IQ. Does it make them less intelligent than the ones who would fit? No, that would just make them different.

This analysis was the starting point of the research on abilities that Howard Gardner, a developmental psychologist and Harvard professor name, developed in the 80s and 90s. In his book Frames of Mind: The Theory of Multiple Intelligences, Gardner developed the approach that intelligence is spectrum composed of different kinds of minds and therefore people learn, remember, and understand in different ways. He initially listed 7 types of intelligences, and later added the 8th (naturalist). This is what it looks like: 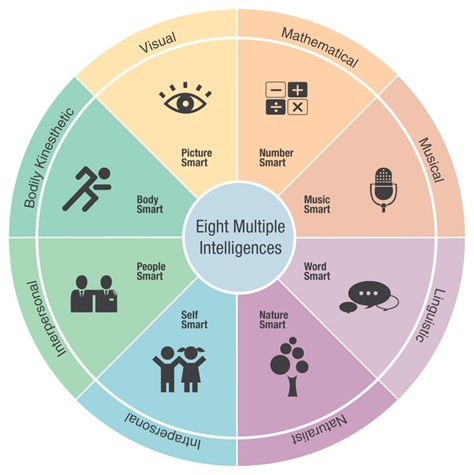 Gardner wrote: “We are all able to know the world through language, logical-mathematical analysis, spatial representation, musical thinking, the use of the body to solve problems or to make things, an understanding of other individuals, and an understanding of ourselves. Where individuals differ is in the strength of these intelligences – the so-called profile of intelligences – and in the ways in which such intelligences are invoked and combined to carry out different tasks, solve diverse problems, and progress in various domains.”

More on the 8 different intelligences

Visual – Spatial – think in terms of physical space, as do architects and sailors. Very aware of their environments. They like to draw, do jigsaw puzzles, read maps, daydream. They can be taught through drawings, verbal and physical imagery. Tools include models, graphics, charts, photographs, drawings, 3-D modeling, video, videoconferencing, television, multimedia, texts with pictures/charts/graphs.

Bodily – Kinesthetic – use the body effectively, like a dancer or a surgeon. Keen sense of body awareness. They like movement, making things, touching. They communicate well through body language and be taught through physical activity, hands-on learning, acting out, role playing. Tools include equipment and real objects.

Musical – show sensitivity to rhythm and sound. They love music, but they are also sensitive to sounds in their environments. They may study better with music in the background. They can be taught by turning lessons into lyrics, speaking rhythmically, tapping out time. Tools include musical instruments, music, radio, stereo, CD-ROM, multimedia.

Interpersonal – understanding, interacting with others. These students learn through interaction. They have many friends, empathy for others, street smarts. They can be taught through group activities, seminars, dialogues. Tools include the telephone, audio conferencing, time and attention from the instructor, video conferencing, writing, computer conferencing, e-mail.

Intrapersonal – understanding one’s own interests, goals. These learners tend to shy away from others. They’re in tune with their inner feelings; they have wisdom, intuition and motivation, as well as a strong will, confidence and opinions. They can be taught through independent study and introspection. Tools include books, creative materials, diaries, privacy and time. They are the most independent of the learners.

Linguistic – using words effectively. These learners have highly developed auditory skills and often think in words. They like reading, playing word games, making up poetry or stories. They can be taught by encouraging them to say and see words, read books together. Tools include computers, games, multimedia, books, tape recorders, and lecture.

Logical – Mathematical – reasoning, calculating. Think conceptually, abstractly and are able to see and explore patterns and relationships. They like to experiment, solve puzzles, ask cosmic questions. They can be taught through logic games, investigations, mysteries. They need to learn and form concepts before they can deal with details.

Naturalistic – nature, outdoors, empathetic. Interested in animals, nature, weather. Deep connection to the earth. They make observations on natural changes and patterns, human populations, and the existing or possible connection or interconnections. They also display a high awareness and concern for the environment and for endangered species, as well as a sense of wonder, awe, or surprise for the natural world.

Think about how the different intelligences apply to your life.