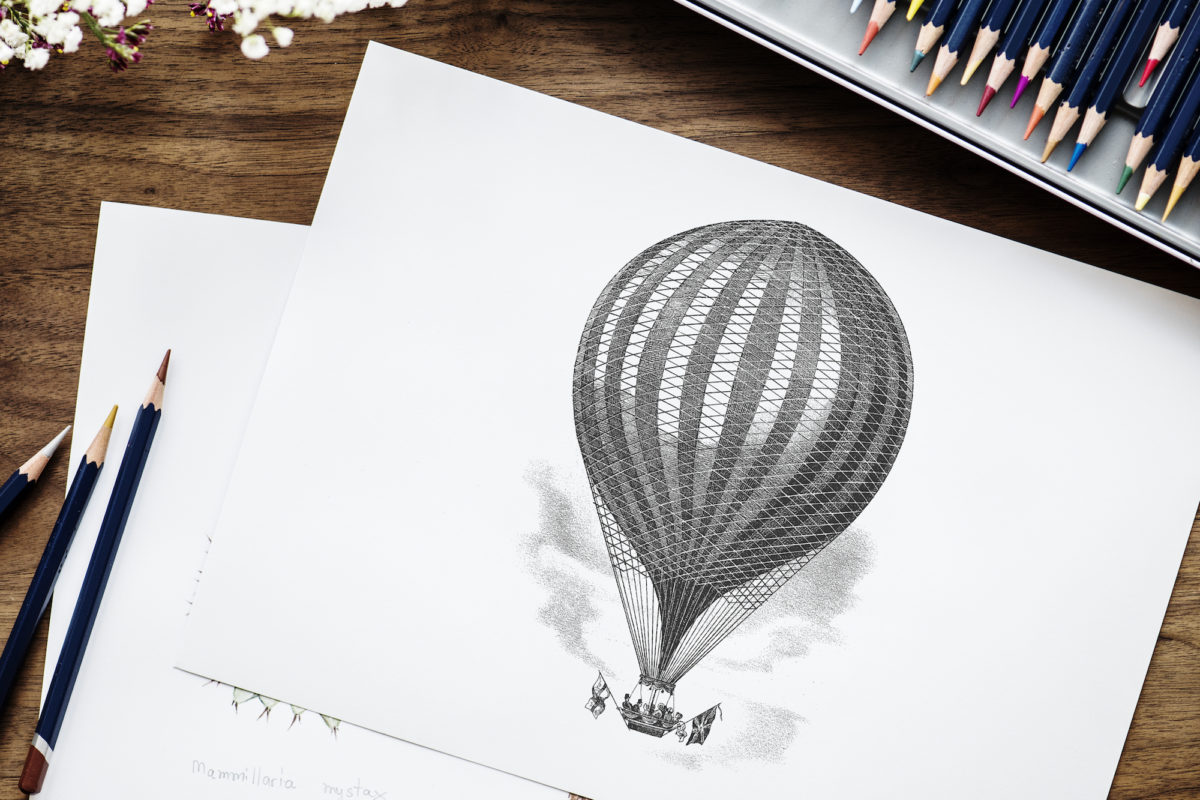 One of the best – if not the best – books on personal development I have ever read is The 7 Habits of Highly Effective People, by Stephen Covey. If you had to read one book to develop yourself, it should be this one. In every conversation I have about leadership or personal growth, I always recommend this book to the person I am talking to. I even organised a book club in my office and facilitated group discussions on what the people had learned and what stood out to them the most.

For Covey, self-awareness is what differentiates us from animals. It’s what makes us learn from other’s experiences as well as our own. With self-awareness, we can see ourselves and others, we can understand and relate to others.

The genius of 7 Habits of Highly Effective People is that it covers 7 different principles of personal excellence, and that there is always one that speaks more to each reader. In this article I am going to discuss the first habit. It is the principle that I needed the most, and that I am still using 6 months after having read the book.

The First Habit: Be Proactive

Proactivity is the first and most basic habit of a highly effective person in any environment. It means we are responsible for our own lives.

Reactive and proactive people also speak differently. Reactive people say things like “that’s just the way I am” or “I can’t do that” or “if only he/she was more patient”. Each time, the ownership of the situation is not theirs. Proactive people, on the other hand, speak about looking at alternatives, changing approaches, “I will”.

Another way to look at proactivity is to look at how people focus their time and energy. That’s where the notion of Circle of Concern and Circle of Influence is introduced.

Circle of Concern and Circle of Influence

We all have concerns in our lives. Health, work, family, career, money, Trump, nuclear war. They can be put in a Circle of Concern. We can then separate the concerns over which we have no control and the ones we can do something about. The concerns that are in our control can be put in a small circle within the Circle of Concern, called the Circle of Influence. You now have one circle in another one: the smallest is for the things you control, the largest for the things you don’t control.Where you spend your energy and time on says a lot about whether you are a reactive or proactive person. 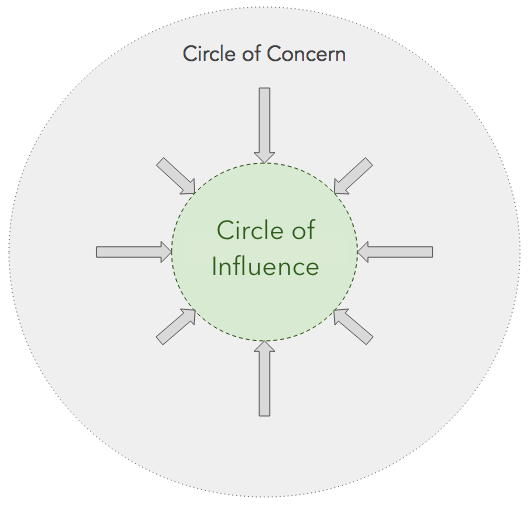 Reactive people spend most of their time and energy focusing on what’s outside their Circle of Influence. They focus on their Circle of Concern. They blame circumstances, the weather, the others’ weaknesses, behaviours and attitudes. If they don’t get the promotion they wanted, it’s because of the hiring manager or the successful candidate. If they’re unhappy, it’s because the others are richer/healthier/thinner/in a relationship. They willingly play the role of victims.Their negative outlook and clear inability to change what they can’t change make their Circle of Concern grow over their Circle of Influence. They neglect areas where they could do something about. As a result, they end up having very little control over most aspects of their life. 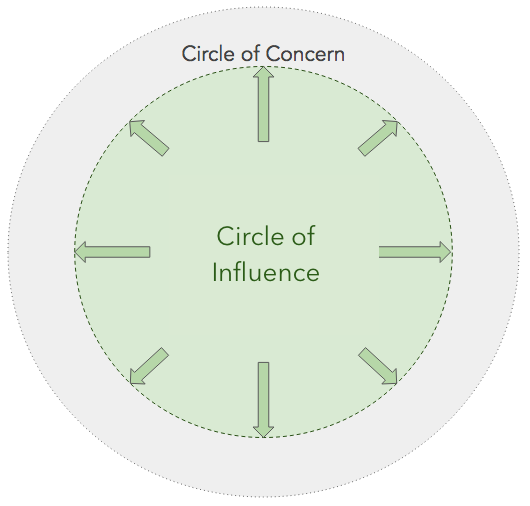 The diagram is the opposite for proactive people. With their efforts to take on responsibility for what happens in their life, proactive people build a positive mindset. They see outcomes to the things they initiate. They cultivate change and growth. As a result, their Circle of Influence grows and their Circle of Concern shrinks.

Create your own Circles

Take a piece of paper and draw your two Circles of Concern and Influence. Fill them with what you are currently concerned with and what is within your control. It’s okay to do this over a couple of days to have enough time to reflect.What do you see? What areas are you focusing on the most? Does it make you a reactive or proactive person?Doing this exercise myself made me realise that I was spending way too much time worrying about problems that were not mine. I carried on my shoulders issues of people I loved to somehow try to relieve them from that weight. But what I was doing was just transferring the negativity to my life without helping them. Once I saw that in the Circle of Concern, I worked very hard to focus my attention to my Circle of Influence. There, I had written down my emotional response to external and internal conflict. It was the first step to acknowledge I had a choice, and it was very empowering to know I was more in control than I thought.

Tips to increase your Circle of Influence

Here are a couple of things you can try that worked for me:
7 habits of highly effective people managing yourself proactivity